In our latest video, Mike explores the original American meat, bison (which is often, confusingly, referred to as buffalo.) Once the dominant bovine on the American plain -- with an estimated population of 60 million in its heyday -- bison were killed off, mostly for sport, by colonists throughout the 1800s. By 1900 they were virtually extinct.
Today, thankfully, they're making a comeback, and offer a sustainable and healthy alternative to beef. Bison meat is incredibly lean -- even more so than chicken breast -- so, in contrast to beef, it requires a lighter wine to match. Mike chose Grignolino, from Asti in Piedmont, which offers bright, fresh red fruit alongside just enough sneaky tannin to match those smoky grilled flavors. 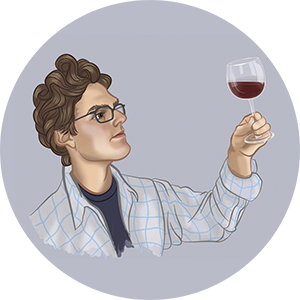 Italian Wine Unplugged's exciting vlog series -- Mamma Mia ...Che Buono! -- pairs Italian wines with local foods from all over the globe. The videos are edited by Vinitaly International Academy (VIA) Italian Wine Ambassador MIKE MADAIO and will feature the pairing expertise of the global VIA community.

Read more
We use cookies to ensure that we give you the best experience on our website. If you continue to use this site we will assume that you are happy with it.OkNoPrivacy policy
Revoke cookies